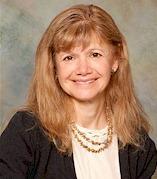 ‘You’re only dancing on this earth for a short time… So dance your dance loudly, dance it proudly. Dance with great joy and courage – and most of all, dance it with love!’ – Cat Stevens

If one were to ask Joann how she became a Sacred Contract Consultant, her answer would lie in the life changing experiences that significantly guided her to this moment.

Joann began her ‘career’ as an attorney. She worked primarily in family law, working in the areas of paternity, abuse & neglect, child advocacy and adoption. After marrying her husband, Joann adopted two children. When her oldest son began to make unworkable choices in 2003, Joann decided to take a most difficult stand in order to help him. This decision not only assisted her son, but also started Joann on her own inner ongoing transformational journey. In 2005, she became a certified Ontological Quantum Coach and, in 2007, received her master certification in NLP (neuro-linguistic programming), also known as the ‘art and science of excellence’. During her years of becoming certified in NLP, Joann was introduced to the books by Caroline Myss. It was the book on Sacred Contracts that really intrigued her. Although Joann had learned about the various parts of oneself in NLP, the introduction of archetypal energy in Sacred Contracts brought this realization to a whole new level and grounded Joann on how she wanted to move her work forward. It was through Caroline Myss’ course on Sacred Contracts that Joann learned how to use archetypal patterns for greater insight and growth.

As a Quantum Coach and NLP Master Practitioner, Joann follows the ‘mind-heart-spirit’ connection philosophy for effective transformation. She firmly believes that individuals can break free of the limits of their conscious mind and realize the endless possibilities that lie beyond. Coaching from a client’s worldview and archetypal energetic patterns, Joann empowers clients to effectuate change and create a congruent and fulfilling life.

Joann works with adolescents and adults as well as with families. She addresses all types of relationship issues, especially the relationship with oneself. Private consultations and sessions are available either by phone or in person.