Three days ago, I traveled to Paris via train from the Marseille train station. I arrived the evening before my trip, as I had a mid-morning train. That night in my hotel, I was overcome with panic – so much so that I had thoughts that the hotel might be targeted for a terrorist attack. I paced about my room, glancing out the window wondering about exit strategies, and then breathing deeply to calm my nerves. I got into bed only to realize I was shaking. My heart was beating so intensely I could feel it. I told myself that my imagination was out of control.

That voice that speaks to me – that soft, guiding voice – whispered, “Pray for protection.”

That comforted me and confused me. Was I not protected? Did I need extra help? Was that proof of my sense of warning? I was not imagining after all. I was on high alert.

I had a horrible night’s sleep, waking up with every noise I heard. I was dressed by 6:00 for a taxi call at 9:00. I walked into the train station at 9:00 and noticed my hands were ice cold. The track for the Paris 10:05 train was not yet posted. I paced around the train station, unable to sit. I knew – I absolutely knew – something brutal was going to happen at the Marseille train station that day…but when – that morning, that afternoon…that evening? And what would it be? Someone running up to an unsuspecting stranger with acid aimed at her or his face? Or maybe a bomb? My stomach was cramping from stress.

What do I do? Tell the police that I am a clairvoyant and be on alert today for an attack? Today something is going to happen – I know it. Finally, the track for my train was posted and I headed to Paris. I learned later that day about two women being attacked by a man with a knife – he slit the throat of one woman and stabbed to death the other.

I arrived home yesterday to news of the slaughter in Las Vegas. That I did not see or sense occurring. But nothing surprises me anymore – not even an act of evil on that massive a scale. And that’s what now keeps me awake at night – that I am not surprised. And why is that? Why do acts of evil – and they are acts of evil – no longer shock me?

This morning I am listening to the newscasters speak about gun control and the lack of backbone that politicians have and how the NRA cleverly goes “dark” at times like these – knowing that as usual (as usual) nothing will change. Money will be promised to politician’s campaign treasure chests behind the scenes, buying their silence. Condolences will be offered – and prayers of course, as if one of them will actually spend a second in prayer for any of the lives lost and the horror generated by such events. (Fifty people were shot over the weekend in Chicago, by the way. That’s just become one of those weekly statistics around my hometown.)

This mounting madness is not about guns. The cowardly, money-grabbing, weak, spineless politicians are right about that. Guns are the result of a population that lives, eats, breathes – and believes – the endless diet of fear-based spin it has been fed since 911 about the world “out there” and impending invasions from evil foreigners and propaganda fueling hatred between the various different types of Americans: Black and White, Democrat and Republican, Northern and Southern, Male and Female, Left and Right, Up and Down, Short and Tall – any division you can think of, really. What it amounts to is this is a cracked and broken nation in which brother and sister citizens have been turned against brother and sister citizens. And as Abraham Lincoln so wisely said, “A nation divided against itself cannot stand.”

And in our hearts and souls – we know that. And we feel that fear in our souls, most of all. We are suffering a soul sickness – perhaps soul shock or soul numbness. Or maybe too many people no longer trust that anything changes when they engage the power of their soul. I am not speaking about religion. I no longer deal with religions. The soul is a religion-free force. It has never had a religion. It dwells in a cosmic power zone. But if you don’t know that…well, some people grab their guns to deal with the desperation of powerlessness. Shooting someone – anyone – they believe, will resolve this fear.

But who is out there to inspire the souls of Americans? When is the last time Americans have heard someone speak soul words of inspiration and wisdom?

Let me remind you of the greatness that once came from American leadership:

“Nearly all men can stand adversity, but if you want to test a man’s character, give him power.”
~ Abraham Lincoln

“America will never be destroyed from the outside. If we falter and lose our freedoms, it we be because we have destroyed ourselves.”
~ Abraham Lincoln

“In the End, we will remember not the words of our enemies, but the silence of our friends.”
~ Martin Luther King, Jr.

“Unless a man is master of his soul, all other kinds of mastery amount to little.”

“The only thing we have to fear is fear itself.”

American Presidents and social leaders were once known for having souls of philosophers. They were men of courage and vision and the led America from one era into a better one. They inspired and uplifted Americans because grace flowed from them and into the souls of Americans. They seemed to rise out of the soil of our nation when we needed them. They were also a reflection of our collective souls – all of our leaders reflect who we are. All of them speak to us about what we have become – and the choices we must now make as we go forward.

It is clear to me. We must “Make American WHOLE again.” We must retrieve our soul. It is shattered and fragmented from decades of fear. And we cannot tolerate – we must not tolerate – the deliberate, calculated strategies to keep us drugged, shattered, and divided any longer. Politicians are right: Guns are not the problem – THEY ARE. 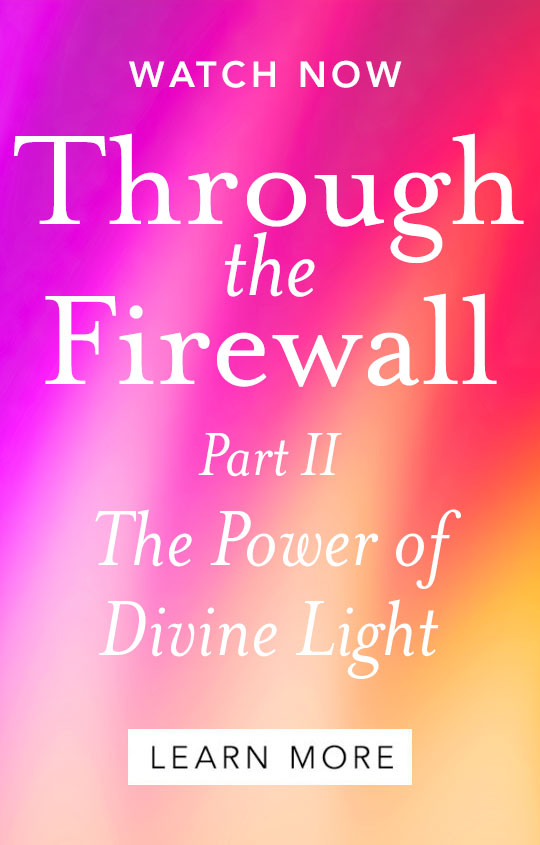 Caroline Myss will join Carolyn Rivers, Founder and Director of The Sophia Institute, on February 6, 1:00-2:30 ET for the first of a 3 part series on Wisdom, Grace and Wonder.

This website uses cookies to improve your experience while you navigate through the website. Out of these, the cookies that are categorized as necessary are stored on your browser as they are essential for the working of basic functionalities of the website. We also use third-party cookies that help us analyze and understand how you use this website. These cookies will be stored in your browser only with your consent. You also have the option to opt-out of these cookies. But opting out of some of these cookies may affect your browsing experience.
Necessary Always Enabled

Any cookies that may not be particularly necessary for the website to function and is used specifically to collect user personal data via analytics, ads, other embedded contents are termed as non-necessary cookies. It is mandatory to procure user consent prior to running these cookies on your website.