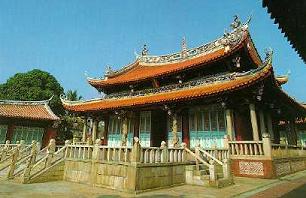 During the Han Dynasty, Emperor Wu-ti (156-87 BCE) proclaimed Confucianism the state religion. By 130 BCE, knowledge of the works of Confucius was required to become a public official, ultimately forming the basis of civil service exams. In a country that modeled its heavenly hierarchy after the structure of government bureaucracy, this may have been the highest tribute. But after the Revolution of 1911, Confucius was condemned by the Communists as decadent and reactionary. Once the monarchy collapsed, and along with it the traditional reliance on family structure, which was deemphasized under communism, Confucianism lost its power to inspire and was unable to adapt to the changing world. Many Confucian-based traditions were put aside and seem unlikely to return as long as communism reigns supreme. Nonetheless, despite the fact that few Asians would be likely to define themselves principally as Confucianists, K’ung’s influence on China, Korea, and Japan has been incomparable.