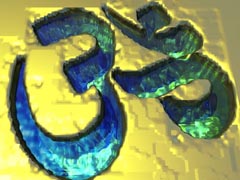 To speak of Hinduism as though it were a single, unified tradition is misleading if not altogether inaccurate. Hindus themselves refer to their religion as sanatana dharma, or “eternal truth,” indicating their belief that it transcends temporal origins. What we call Hinduism today is an amalgam of at least two distinct traditions forged over centuries and derived from two dissimilar cultures. And, like most religious traditions, it has continued to evolve and change long after those two spiritual currents had merged.

The roots of an indigenous religious culture in the Indus Valley of northern India go back at least to 2700 BCE, when the two centers of Indus civilization that have been uncovered so far, at Harappa and Mohenjo-daro, are believed to have crystallized. They were probably inhabited by the Dravidian people, an ancient Australoid race, who may well have been in place thousands of years earlier. Whoever inhabited the land appears to have worshipped both a male deity similar to the later god Shiva, associated with the lingam, or phallic stone, and a Hindu, Shakti, somewhat akin to Mother Nature, associated with the yoni, or ring-shaped stone representing the female genitals. Shiva is pictured in ancient engraved seals as a yogi meditating in the presence of animals.

Somewhere between 4000 and 1200 BCE, the Indus was invaded in successive waves by Aryans (“noble ones”), a group of nomadic warrior clans who probably came from northern Iran or Baluchistan (now part of modern Pakistan), and who may have originated in the grassy steppes north of the Black Sea between the Carpathian and Caucasus mountains. The Aryans, purportedly bigger and fairer than the aboriginal inhabitants of the Indus, invaded with horses and chariots and overran the indigenous cultures.

The Aryans brought with them a religion based on animal sacrifice and ritual purity through ablution with water, an ancient scripture called the Rig Veda, and the Sanskrit language. A priest class called brahmans maintained the rituals and scriptures and formed the upper tier of a caste system with four major divisions, which the Aryans used to maintain control as they assimilated the natives. But it is also likely that some aspects of the indigenous spiritual culture remained outside the pale of this Brahmanic or Vedic system, specifically the group of people known as shramanas (“strivers”). These were wandering ascetics who may have practiced the earliest forms of yoga, along with meditation and a nonviolent way of life, quite distinct from the ritualistic animal sacrifices that made up much of Brahmanic practice. (The term shramanism is sometimes applied to any non-brahmanical Indian sect or school, including Buddhism and Jainism, and is linguistically connected to the word shaman.)

The forms of Hindu philosophy and practice that have appealed most to Westerners since it was introduced here over a century ago derive from the yogic rather than the Brahmanic tradition, and are not necessarily the same as those that are followed by the majority of India’s population. The many Indian masters who established followings in the West since the change in immigration law in 1965, such as Swami Satchidananda, Swami Muktananda, Mother Meera, and others, have taught various forms of meditation and yoga, with little or no emphasis on the sectarian worship of Shiva, Vishnu, and Shakti that characterizes most Indian practice of Hinduism, especially in the small villages that account for much of India’s population.

Next ~ The Indian Religion »