Like millions of other people around the world, I marched in the Women’s March on Saturday in Chicago. An estimated 250,000 people gathered at Jackson and Michigan Avenue and we spread out – and spread out – and spread out from there. Even the train ride downtown was an incredible experience, as all the cars were filled with every variety of human being ages infant to grand elder, heading to represent their life, their rights, their humanness on this historic and extraordinary day. I was thrilled to be a small part of the beginning of redirecting the flow of our destiny.

Yesterday was a visual banquet, as countless people held up signs and posters expressing their reasons for marching. We’ve all seen the variety of posters that filled the air. Many were clever, some were angry (not many), quite a few had political messages but by far the theme of sexual/feminine rights was represented in proud, public display. By far. Women had gathered by the millions to represent their dignity – their whole dignity – and their right to have their dignity represented within their government. The government of the United States of America is based on a Constitution that guarantees equality and freedom to its citizens. It does not have the right to pass rogue bills that limit or constrain that equality or freedom because of the personal religious preferences of the legislators (especially since this nation was founded on the principle of separation of Church and State moral issues) or because of the sex or race or religion of the citizens of this nation. Period. We marched to represent our dignity and these rights. And we marched to alert those legislators to the reality that we are now monitoring them. They are on our payroll. They are our representatives. We are the ones with the power. Yesterday we gathered that power for the first time as women. And yes, men joined in. But this was the Women’s March and it was a gathering of millions of women world-wide. How incredible is that? (I bet some women who didn’t march are going to say they did because who is going to admit now that they weren’t there??? I mean, this was the Woodstock of marches.)

But let’s view this remarkable, phenomenal event through another lens, as I always like to do. I believe that what happened yesterday was that the fragmented energy of the feminine became focused and unified. I believe we felt it somehow – consciously or unconsciously – melt into our blood and bones in that soft, silent way that grace enters our soul. Grace leaves its own footprints, so to speak, and they were everywhere yesterday.

As a grad student in Theology, I learned some wildly intriguing Truths about the nature of good and evil and how these forces weave their way into the human condition. As the decades of my life passed, I grew to respect those teachings more and more because I have witnessed those Truths in action. Light does attract Darkness and Darkness does attract the Light. This is the polarity of the Yin and Yang. It is the core of all the stories about the good guys against the bad guys. In your guts, you know it’s the Truth. All spiritual traditions have prayers for protection for reason. How often is a person tempted to misuse something new form of power (money, position, authority) before that individual reels learns how to manage that power? You get the picture.

Yesterday was an experience – perhaps the experience – of the global rise of the Light embodied in the Feminine uniting Her countless fragments to become global voice for power, for survival – for human dignity. Yesterday, we took our own authority to a new level, beyond the personal and catapulted into the impersonal, cosmic field. We witnessed our own power connected with hundreds of thousands of soul-companions, all of whom shared the same passion and respect for their own body, their intelligence, their spirit – and their rights as citizens. We saw what we can do beyond small groups, beyond local support groups, beyond our small prayer groups. Yesterday, while we were walking in our individual cities, towns and villages, we were simultaneously weaving together a global “inner net” of souls.

Amazing. Just astounding. But maybe not.

Maybe the time has come. Maybe this is exactly the right time to become activists. Yesterday felt so right. I felt hopeful for the first time in a long time. Truly, deeply hopeful. I felt that instead of “accepting the things I cannot change”, we could “change the things we cannot accept.” We could – all of us together. Yes, we can.

And this may be the most outrageous thought of all: We might have to thank the darkness for uniting all of us together. For this remarkable movement of inspired and empowered human beings would not have happened had it not been for his occupying the White House. The Feminine Light would not have burst forth through us like a cosmic blast, inspiring millions to take to the streets and represent our dignity and spirit, had he not made such a “Lightning Strike” essential. But Light stood up to darkness on Saturday. And in the perfection of peacefulness, the Light sent shock waves around the world: We are here. We are no longer silent.

Life is a funny, sometimes scripted but often spontaneous journey. Maybe this was always the hour the Feminine was meant to rise and organize – operative word being organize – in order that this power become a positive social force for transformation. He could just be the means to that end. From a mystical perspective, the Light uses the Dark to awake in people that inner craving for those qualities of the soul that are fed by the Light: Liberty, Dignity, Virtue, Honor, Equality. He is the essential catalyst that stirred up a hidden shadow side of humanity, a shadow all of us have in some way helped form. Many thought we had evolved through such dark emotions and fear. Not so. Remember that we are a part of every event in some way. We need to look at this darkness in ourselves, carefully and deeply, as Darkness around you can draw you in. Hatred and rage is contagious.

Light participants in the dance of Darkness and Darkness participates in the evolution of the Light. It has always been this way. History teaches us that any time massive change happens, societies become fearful, uncertain of who will survive, much less how to survive. People feel vulnerable, fragile, and powerless. You and I can become fearful and fragile at any time. Technology and evolution have brought us to this moment, however. The future is clashing with the past, a way of life that is evaporating. We can all see this. And we must keep our eyes on the truth: We are a changing society in a rapidly changing world. We cannot go backwards to some “good old days.” History repeats itself but it does not go backwards. People fear the future because they cannot see a place for themselves “somewhere down the line.” Forcing women to give up their rights as a means of turning the clock back to earlier days is political and fundamentalist witchcraft. A fearful society always tries to repress its women and its intellectuals. We are both. And we say NO.

Maybe another politician who recognized this vulnerability and anger in the public could have awakened the fearful and stirred the underbelly of anger in America. Perhaps not with the same shadow charisma, but the fact remains that he is not responsible for the transition that this society or the world is undergoing. With or without him, the global community would be spinning through chaos right now and for some time to come.

Nevertheless, it was his shadow charisma that called out the Light of the Feminine more strongly than any other event of force in the history of the planet. Let me say that again – the history of the planet!!! Nothing and no one person has ever inspired a global uprising in support of the dignity of women. We have to say to him, “Well done. Thank you for uniting us. Honestly. We thank you. No one else could have done this.”

I do know that when heaven wants to get your attention or to direct you into action, it will use any means necessary. The method is not always what you prefer but the method is not the object; it is what you do next that matters.

What we do next matters – especially now – because we have discovered what we can do. We know we are linked through an “Inner-net”, that our souls are as in touch with each other as our Internet system. Once we are up and running on our Internet, we are never disconnected, right? In that same way, we cannot allow ourselves to detach from our Inner-net. We must each make a commitment to stay conscious, active and committed to see that our rights as women and as Americans are protected.

Let me suggest the following:

I welcome your responses, ideas, musings as we forge our way together. We are all connected through our Inner-net…bonded through our souls. Pray for one, pray for all:

“Lord, grant me the courage to be courageous. I am not certain I can be what I have imagined myself to be. I need to find that person inside of me. I need to become that strong, loving human being I have seen in my mind’s eye. I am not alone in this. Few people are born brave or forgiving or loving. We all make choices along the way. I’ve learned that these choices – all of them – matter. Big and small, private and public – they matter. So, in my heart, I ask for the grace to stand up to my fears and let the Light in me come through with all its power. Maybe that Light will change something. Or maybe I won’t notice a thing. All I know is I cannot fear both the darkness and the Light. That is utter madness. I chose the Light. Hover over me, Lord. Light my way. Light my path. Light my soul. Amen” 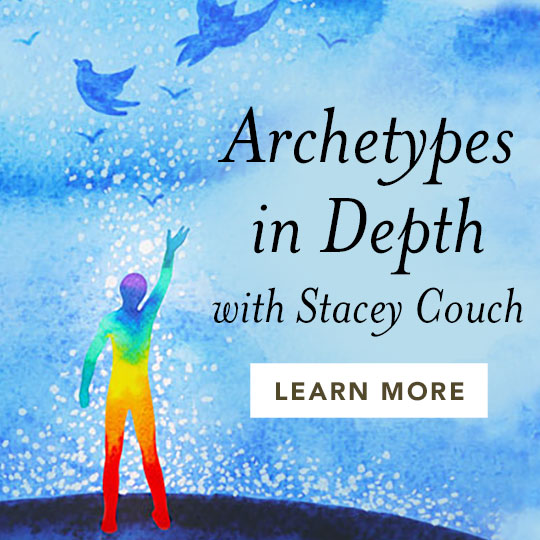 The description for this workshop is coming soon!