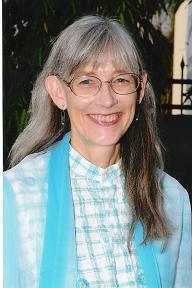 Peggy DuFon is a trained archetypal counselor, who has completed CMED’s two year course (2007-2008) in Sacred Contracts. She is also a spiritual director, trained at the Mercy Center in Burlingame, California (2008). She holds private sessions and leads small groups that help you to identify, understand and work with your archetypes, thus providing you with insights to enrich your journey along your life path. She will assist you in casting up to three types of charts: 1) Your Chart of Origin, which reveals the 12 archetypes that influence your life across your life span; 2) Your Triple-Wheel Chart, which helps you to identify the archetypes that are influencing your decisions at the present time with respect to a particular issue and to provide guidance for dealing with that issue; and 3) your Fate and Destiny Chart, which involves a year long process of working with your archetypes for a few minutes per day to bring an intended transformation into your life by releasing that which no longer serves you and attracting that which does.

Peggy’s life has been rich in both academic and experiential preparation for this work. She holds a number of college degrees, all in language related fields: B.S. in Speech and Hearing Therapy (1972) and a minor in Spanish (1985) from Purdue University; M.S. in Communicative Disorders (University of Wisconsin-Madison, 1973); M.A. in English as a Second Language (1991) and PhD in Second Language Acquisition (1999), both from the University of Hawaii-Manoa. Peggy is currently an associate professor of English at California State University-Chico, where she teaches courses in applied linguistics, academic writing, and Asian American literature. Because of her familiarity with teaching literature and journaling techniques, she can help you use these tools to explore your archetypes more deeply, if you desire.

Peggy has studied abroad in Spain and Indonesia and has worked abroad in Uruguay and Japan. She is currently fluent in Indonesian language and has been fluent in Spanish, Portuguese and American Sign Language. She has also studied Javanese, Dutch and Sanskrit. Her rich knowledge of, and decades of experience working with, other cultures and their languages and symbol systems is an asset when interpreting the symbolism in the archetypal charts.
In addition to the cultures associated with different language and national groups, Peggy has had extensive experience with different religions, ability groups, and ages. Peggy is interspiritual. She was raised as a Catholic and made pilgrimages to a number of Marian shrines and to Taize, an interfaith retreat center in France. She lived with a Moslem family for 2 ½ years in Indonesia, where she studied about Islam and visited sacred sites from various religious traditions there. She enjoys Sufi poetry and Sufi dancing, and has visited the home of the Sufi poet, Rumi, in Konya, Turkey. She is a yoga practioner, has read much of the Bhagavad Gita, and made a pilgrimage to Shantivanam, a Hindu-Christian Ashram in South India. She has studied Toaism at the Stillpoint, a Zen Center in Chico. She is very interested in mythology, participates in a monthly study group of Celtic, Norse, Greek, and Egyptian mythology, and conducts independent research on Indonesian mythology. Peggy has worked across the life span with differently-abled people and is currently an Enloe Hospital volunteer providing caregiver relief and reiki for hospice patients and assistance with the Telling Our Stories Program.

These varied experiences with a broad range of people from different cultures, nationalities, religious traditions, language backgrounds, ages, health concerns, and ability groups have filled her well with wisdom, knowledge, compassion, and inner strength that she calls upon when working with you to interpret the archetypes in your archetypal wheels, exploring both the light and shadow dimensions of each one. Deepening your knowledge of and connection to these archetypal energies and your sacred contract can lead you toward a greater sense of fulfillment.